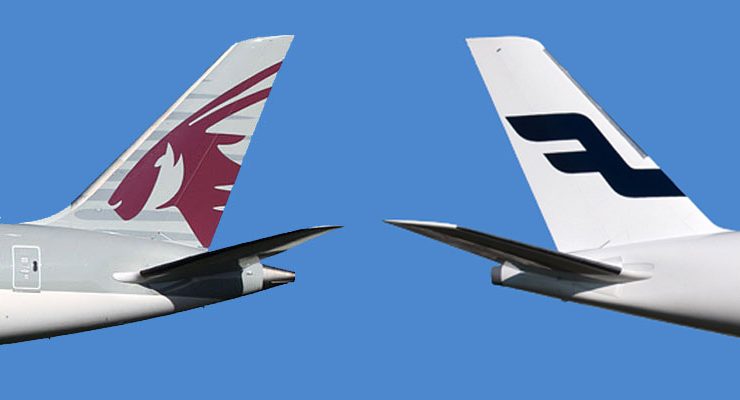 Qatar Airways has strengthened its partnership with Finnair. The renewal of the agreement with the national airline of Finland will allow Qatar Airways and its partner to place their codes on airlines serving three new destinations in Southeast Asia.

The Finnish air carrier can now operate flights (under Qatar Airways code) to Jakarta and Bali in Indonesia, and Phuket in Thailand. These flights are in addition to two other flights already served by Finnair in Thailand, including a daily flight to Bangkok and four weekly connections to Phuket.

Taking advantage of its partnership with Qatar Airways, Finnair announced last month that it had added additional flights to several destinations in Asia, including Tokyo-Narita and Haneda, now benefiting from a total of eleven weekly connections, and Hong Kong – Chek Lap Kok, which is now served seven times a week just like Delhi-Indira Gandhi.

The Finnish air operator also announced the relaunch of its operations in Osaka-Kansai with three weekly flights served from its base at Helsinki-Vantaa airport.

As for its flight program in Doha, Finnair has announced its intention to continue to provide its frequencies to and from the Qatari capital by A330-300. An aircraft that is configured to carry 279 passengers in three travel classes including 28 passengers in Business class.