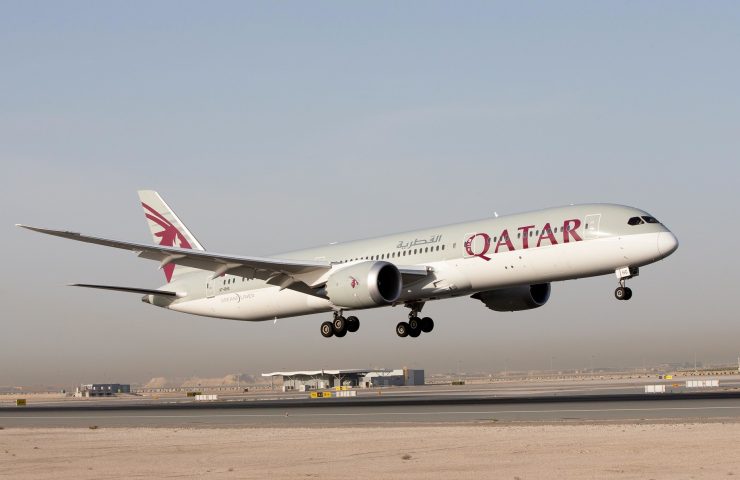 The airline Qatar Airways is strengthening its service to the United States with more than 100 flights per week to 12 airports. It also presented the new Business class of its Boeing 787-9 Dreamliner.

With 12 American airports served during the summer of 2021 from its base at Doha-Hamad International Airport, the Qatari national airline will offer more than one hundred flights per week, its codeshares with American Airlines, JetBlue and Alaska Airlines covering the number of its destinations in the country to more than 230. Four American gateways in particular – Chicago, Los Angeles, New York and Washington – will be entitled to two daily flights, Dallas-Fort Worth will increase to 12 flights per week, while Boston, Miami, Philadelphia, San Francisco and Seattle are hitting a daily pace.

Qatar Airways Group Chief Executive Akbar Al Baker said in a statement: “Qatar Airways has remained connected to the United States throughout the pandemic, adding two new destinations with San Francisco and Seattle, while increasing flights across our 12 gateways to optimize connections with our growing network of over 140 destinations. We’ve also strengthened our strategic partnerships with Alaska Airlines, American Airlines and JetBlue, allowing us to connect to more cities and airports in the United States than any other airline, giving American travelers the most convenient way to travel abroad this summer. As we continue to lead the resumption of international travel, we will remain focused on providing seamless, safe and reliable connectivity to our millions of passengers and an unparalleled travel experience each time they choose to travel with Qatar Airways.”