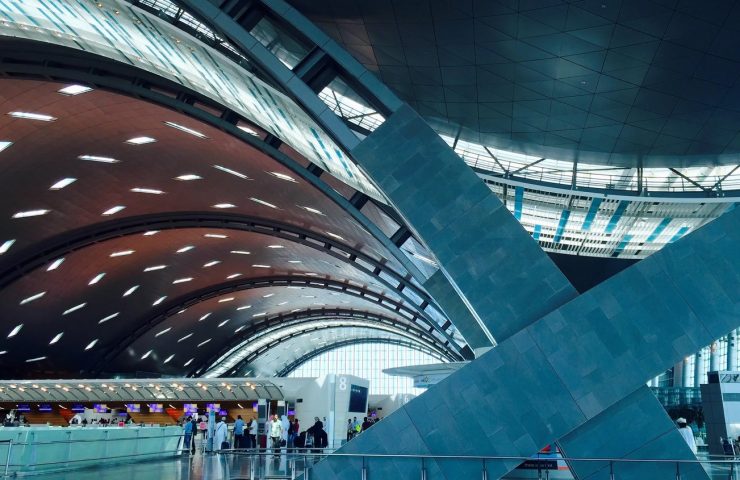 On the phase of the Hamad International Airport expansion project, and how much will its capacity after the expansion? The Minister of Transportation said: The airport expansion plan is still ongoing with the aim of achieving further growth and prosperity, enhancing the airport’s position as a global hub for travel, achieving higher levels of excellence and development, in addition to enhancing experiences Travel through it by upgrading the level of operations and providing a unique experience for all visitors, in addition to accommodating the increasing growth of the national carrier’s network of destinations “Qatar Airways”.

According to the expansion stages, Hamad International Airport will be able in the first phase to raise its capacity to more than 58 million passengers annually, and this stage will be completed before the State of Qatar hosts the 2022 FIFA World Cup. The second phase of expansion will start immediately after the end of this tournament. The airport will then have a capacity of 60 million passengers annually.

And on the great civil aviation developments over the past few years, especially in the field of meteorology and the possibility of finding new routes for aircraft, especially that the World Cup is very close and will witness great air traffic to receive the masses, His Excellency Mr. Jassim bin Saif Al-Sulaiti, Minister of Transport, said: In the field of meteorology The latest weather forecasting and monitoring systems have been adopted, and many meteorological centers have been developed in the State of Qatar, to ensure more modern and accurate services.

The last period witnessed the opening of the Mukaynis Center, which includes a weather radar site, the first of its kind in the State of Qatar, which provides Its services for all major events and events hosted by the country, the most prominent of which is the upcoming and most important event, the FIFA World Cup Qatar 2022. With regard to civil aviation, and in preparation for hosting this tournament, many important developments related to Qatar’s airspace have been carried out, such as increasing the number of air routes in the airspace of the State of Qatar Updating the devices and systems used in air navigation.