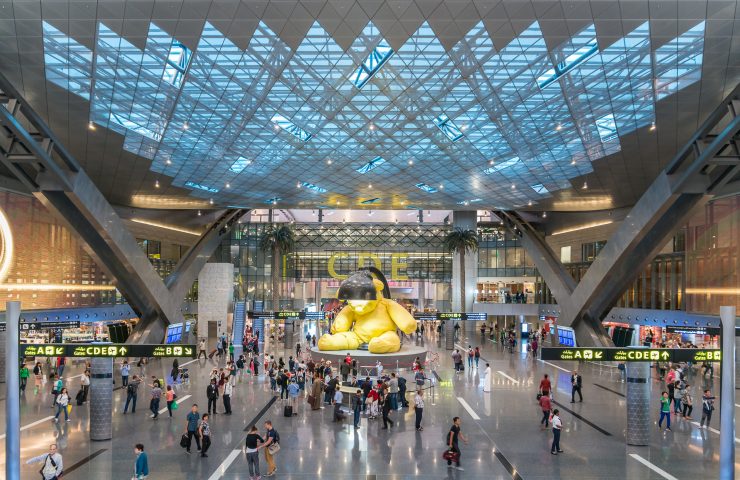 A fine result despite the restrictions that continued to plague the airline industry in 2021. This is how the performance of Hamad International Airport (HIA) in Qatar can be described. The airport is the second largest hub in the Middle East behind the eternal rival Dubai. In 2021, HIA recorded a 41.37% increase in the number of passengers compared to 2020. That is a total of 17.7 million passengers.

However, we are far from the record of 2019, the year when Hamad International then welcomed 38.79 million passengers. Aircraft movements also increased by 28.12%, representing almost 170,000 take-offs and landings.

At present, the Qatari airport serves more than one hundred and fifty destinations of which eight were last year. The most served destinations last year from this airport are: Dhaka, Male, Dubai, Kathmandu and London.

Beyond the FIFA World Cup

The airport is gearing up for an intense year culminating in the hosting of the FIFA Qatar 2022™ World Cup. According to Badr Mohammed Al Meer, the airport’s chief operating officer, “The airport is aware of the importance of the World Cup for arriving fans, many of whom travel the world to attend the event. We are delighted to welcome them with the unparalleled experience they deserve.” A dedicated terminal will handle the departures and arrivals of FIFA teams and its delegates.

Even though Doha’s traffic in 2021 was only 46% of that of 2019, the airport continues to invest in its future with a new airport expansion commissioned this year. Phase A will increase the capacity of the airport to more than 53 million passengers per year. It includes, among other things, a garden and a mini tropical forest. A phase B, which will begin after FIFA 2022 Qatar™, will make it possible to further expand the terminal. The latter will have more than 60 million passengers.