Animals Policy: Transport of cats, dogs and other animals on Qatar Airways planes 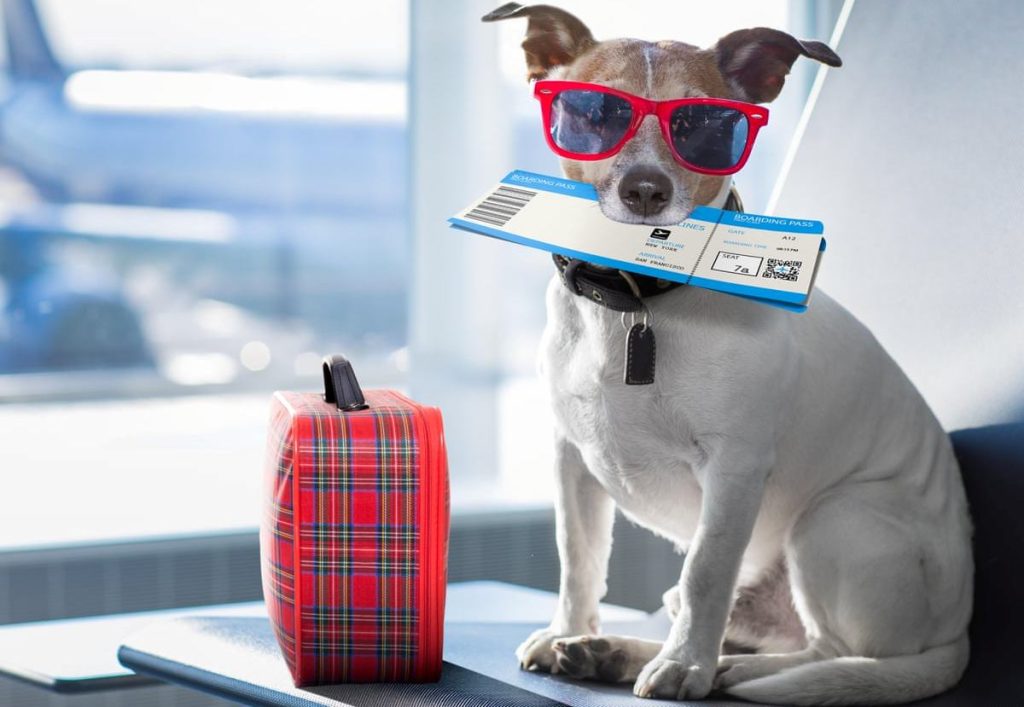 Qatar Airways is proud to be a trusted carrier of live animals for travelers all over the world, and is also proud of its reputation in this field and being a founding member of the United for Wildlife team.

One of the best carriers in the world offers the most advantageous conditions, the highest level of comfort and flight safety. Qatar Airways also offers baggage and carry-on baggage benefits. All company tariffs include increased standards for the transport of goods; A variety of baggage is accepted on board. Even pets feel comfortable aboard its planes.

In the cabin and in the hold, Qatar Airways always has solutions to facilitate your pet’s travel by plane.

The rules for transporting animals depend on the laws of the points of departure, transit and arrival of the animals. The service is chargeable. The cost of transport depends on the weight and size of the animal with the cage, small and medium-sized animals (up to 32 kg) – from 200 to 350 USD, large (from 32 to 75 kg) – from 300 to 450 USD. The transport of other animals (weighing more than 75 kg, volume greater than 300 cm) is recorded as freight. Qatar Airways requires that it be notified in advance of its intention to carry an animal on board to inspect the regulations in force in the country (airport) of your flight. If there are restrictions in the country of departure for animal weight or cage size, the animal will be allowed to be transported via Qatar Airways Cargo Department.

Qatar Airways allows the carriage of falcons in economy class with a maximum of one falcon per passenger. Up to six falcons are allowed on an aircraft. The service is chargeable (additional baggage rates).

Qatar Airways responds to the desire of travelers who wish to take pets with them when traveling around the world, by reducing the price of this service to the lowest level for flights to and from Doha.

Qatar Airways is the only airline that allows the carriage of animals as checked baggage on flights to and from Qatar. While transporting a large dog to Europe or the Americas costs around $ 400 on other carriers, the same service will only cost $ 300 on Qatar Airways flights from Doha.

The purpose of increasing the weight allowed for the transport of pets by air and reducing the price of this service is to allow passengers to travel with their pets on the same flight. Qatar Airways has doubled the maximum allowable weight for the combined animal and cage from 32 kilograms to 75 kilograms, with the aim of carrying pets as checked baggage.

This announcement is expected to place Qatar Airways at the forefront of options for passengers who wish to carry their pets with them and travel around the world, as recent times have seen a noticeable increase in this regard, in addition to an increase in the transport of stray animals to new countries.

Qatar Airways is one of the few airlines in the world to allow the transport of pets as checked baggage on passenger planes. In line with its vision to improve the passenger experience, it has increased the maximum weight of a pet from 32 kilograms to 75 kilograms, in addition to reducing the fees for this service. Passengers can contact the customer service center before traveling and make a confirmed reservation for their pets.

After obtaining the vaccination certificate stating that the animal is in good health and will not encounter any problems while traveling by plane, passengers can drop off the animal in a special area of ​​Hamad International Airport on the same day of trip.

Send your large animals with peace of mind, and to the same destination you are flying to, with Qatar Airways freight service.

In addition to transporting pets on passenger planes, Qatar Airways Cargo, the third largest air cargo company in the world, carries horses, cows and animals in need of rescue on its specialized flights. or relocated, via the Qatar Airways live animal transport service.

Qatar Airways Cargo will transport animals weighing more than 75 kilograms in cargo planes, where the animals will be placed in an integrated section of the aircraft. Qatar Airways Cargo has veterinarians and qualified personnel to care for animals at its headquarters in Doha and to take care of them on board flights.