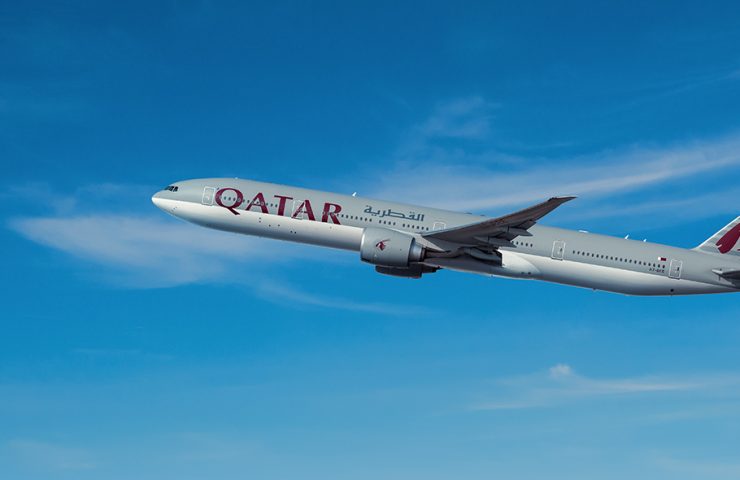 Qatar Airways has inaugurated a new connection between Doha and Moscow-Sheremetyevo, replacing the one to Domodedovo airport. One of its Airbus A380s was also brought back to its base, the superjumbos to be deployed to Paris and London in mid-December.

The Qatari national carrier now offers a daily flight between its base in Doha-Hamad International and Moscow-Sheremetyevo Airport, operated by Boeing 777-300ER which can accommodate 42 passengers in Business QSuite and 316 in Economy. Departures are scheduled for Monday, Tuesday and Thursday at 2:40 a.m. (arrival at 7:50 a.m.) and Tuesday, Wednesday, Friday and Sunday at 8:00 a.m. (arrival at 1:10 p.m.), with all return flights leaving the Russian capital at 6:10 p.m. to land at 11:05 p.m.

Qatar Airways remains without competition on this route, Aeroflot serving four airports in the United Arab Emirates in normal times. She had moved from Sheremetyevo to Domodedovo in 2004.

The Oneworld alliance company on the other hand “woke up” on Tuesday one of its ten Airbus A380s, grounded since March 2020: the A7-APG operated a 25-minute flight between the old Doha airport (DIA ) where it was stored at its base at Hamad International. “Our first A380 is officially back in the skies, as we rebuild our network to meet high demand,” Qatar Airways said on social media.

Its A380s, configured to accommodate 8 passengers in First, 48 in Business class and 461 in Economy, will resume service on December 15 to Paris-CDG and London-Heathrow. Five aircraft must be reactivated in order to meet growing demand after the Covid-19 pandemic, Qatar Airways lacking capacity due to the problem of deterioration of the surfaces under the A350 paintwork: thirteen of its 53 examples had been nailed to the ground in August (eleven A350-900s and two A350-1000s), and there are currently twenty according to Planespotters. The suspension of deliveries of the 23 A350-1000 still awaited was confirmed in June, after postponements of deliveries announced as early as September 2020 due to the impact of the health crisis.