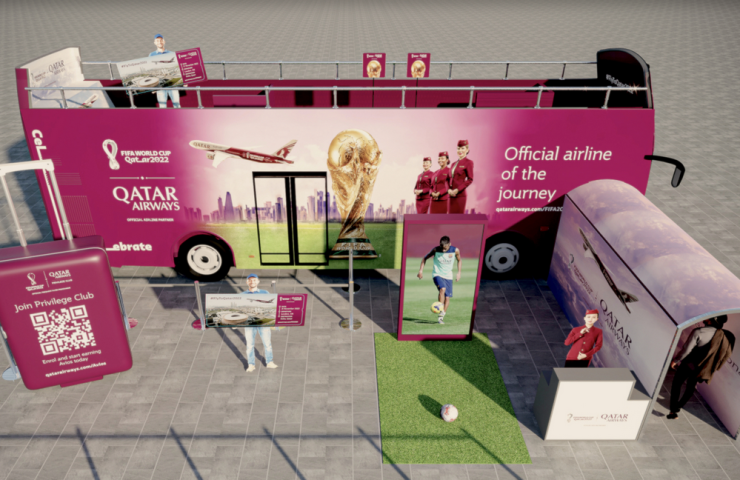 The start date of the World Cup is fast approaching. Only one hundred days before the start of the biggest football event in the world and which will take place in several cities of Qatar, the national airline Qatar Airways has decided to organize a special event which it has baptized “The Journey Tour”: A bus tour to cross the biggest cities of Europe.

This event which started yesterday aims to promote this historic event in the old continent. The bus operated by Qatar Airways will have to pass through several of the most famous cities in Europe such as Manchester in the United Kingdom, Brussels in Belgium, Amsterdam in the Netherlands, and Berlin, Munich and Frankfurt in Germany.

On this occasion, football fans will be able to participate in a raffle to win free travel packages including return flights to the cities hosting the FIFA 2022 World Cup matches, including match tickets.

According to Akbar Al Baker, Senior Manager of Qatar Airways “The Qatari airline is proud to support this event ranked among the biggest in the world of sport while affirming that the Qatari carrier is ready to meet the challenges expected during this historic event, and meet the expectations of its customers.