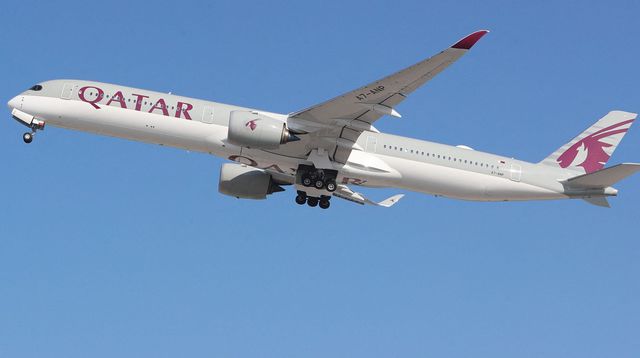 Qatar Airways flies to Odessa in Ukraine (from Doha)

Qatar Airways has inaugurated a new link between Doha and Odessa, its second destination in Ukraine after Kiev. It has leased two additional Boeing 777-300ERs to make up for the lack of capacity due to the downtime of several Airbus A350s, with the return of its A380s still scheduled for next Wednesday in Paris and London.

Since December 9, 2021, the Qatari national company has offered three flights per week between its base in Doha-Hamad International and Odessa airport, operated by Airbus A320 that can accommodate 12 passengers in Business class and 120 in Economy. Departures are scheduled Tuesday, Thursday and Saturday at 8:30 am to arrive at 12:45 pm, with return flights leaving Ukraine at 4:45 pm to land at 10:50 pm (flight time 5:05).

Qatar Airways has no direct competition on this route, which is in addition to that launched to the capital Kiev in August 2017. Odessa is already connected to Dubai by the low-cost Flydubai, and to Abu Dhabi by the low-cost Wizz Air.

Qatar Airways Group Managing Director Akbar Al Baker said in a statement: “Our arrival in Odessa marks an important milestone in our history with the country. Odessa is rightly known as the Pearl of the Black Sea, and we look forward to bringing visitors from all over the world to explore its rich cultural history as well as further along the coast and inland in the southwestern Ukraine ”.

On the fleet side, the Oneworld alliance company leased two Boeing 777-300ERs previously operated by Cathay Pacific (of which it is a shareholder) from BOC Aviation. They are in addition to the 49 already in service (one still grounded according to Planespotter), in addition to new 777-200 and 26 777F. Qatar Airways has not confirmed whether this lease is final, but the two aircraft will no doubt help compensate for the lack of ground-down capacity of now 21 of its 53 Airbus A350s (sixteen -900 and five -1000 according to the same source), due to a problem of degradation of the surfaces under the paint.

Remember that this problem forced Qatar Airways to announce the return to service of the Airbus A380s, three of its ten examples having been reactivated since the beginning of November (they had all been grounded since March 2020 due to the Covid-19 pandemic). They will be deployed from December 15 to Paris-CDG (on the second of three daily rotations, the others being operated by 777-300ER and 787-9 Dreamliner) and to London-Heathrow (two of the five daily flights). Two other superjumbos are supposed to be reactivated.

It should be recalled that the suspension of deliveries of the 23 A350-1000 still expected by Qatar Airways was confirmed last June, after postponements announced as early as September 2020 due to the impact of the health crisis.