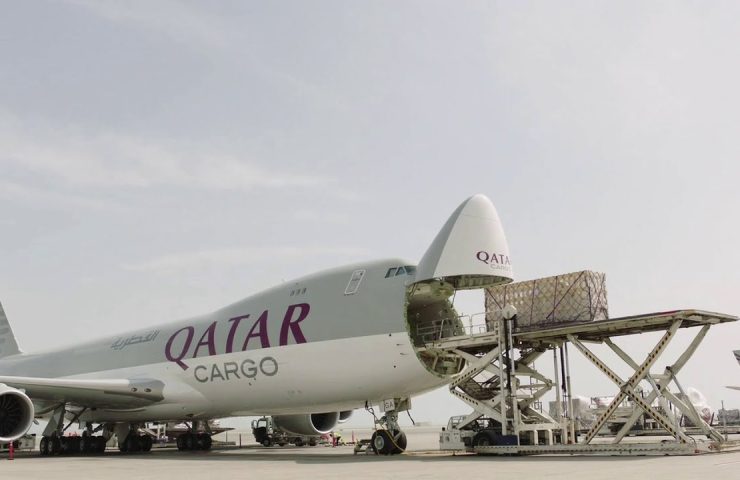 Boeing officially launched the freighter version of the 777X on Monday, with a firm order from airline Qatar Airways for 36 deliverables from 2027 and 14 options. It has also signed a memorandum of understanding for 25+25 737-10s, to replace the A321neos canceled by Airbus.

Announced as planned on January 31, 2022 during the visit of the Emir of Qatar to Washington, the launch of the 777-8 Freighter goes through a firm order from the company based at Doha airport for 34 jets and options for 16 others, “a total purchase that would be worth more than $20 billion at current list prices and the largest cargo commitment in Boeing history by value.” As part of this agreement, Qatar Airways is converting 20 of its 60 777X orders to the freighter version; it “also orders two current 777Fs (it already operates 26) “to capitalize on the buoyant air freight market”.

Boeing “designs the 777-8 Freighter, the newest member of the 777X family, to maximize efficiency and environmental performance. The Widebody family features engineering design improvements and innovative technologies, including a new carbon fiber composite wing and new fuel-efficient engines. With a range of 4,410 nautical miles (8,167 km), the 777-8 Freighter has a maximum structural payload of 118 tons, allowing customers to make fewer stops and lower landing costs on long-haul routes. “.

“Featuring the advanced technology of the new 777X family and the proven performance of the market-leading 777 Freighter, the 777-8 Freighter will be the largest, longest and most capable twin-engine freighter in the industry. With nearly the same payload capacity as the 747-400 Freighter and a 25% improvement in fuel efficiency, emissions and operating costs, the 777-8 Freighter will enable a more sustainable and profitable business for the operators “. Boeing will build the 777-8 Freighter at its plant in Everett, Washington, where the company has invested more than $1 billion to support 777X production and sustain thousands of local jobs for decades to come. The entry into service of the 777-8F is scheduled for 2027, two years after that of the A350F (109 tonnes), launched last year by Airbus, whose dispute with Qatar Airways is now in the hands of justice .

The Oneworld alliance company’s order also supports hundreds of U.S. suppliers from 38 states, will support more than 35,000 U.S. jobs, and provide the U.S. economy with an estimated $2.6 billion annual economic impact, according to Boeing. dollars during the delivery period of the contract”.