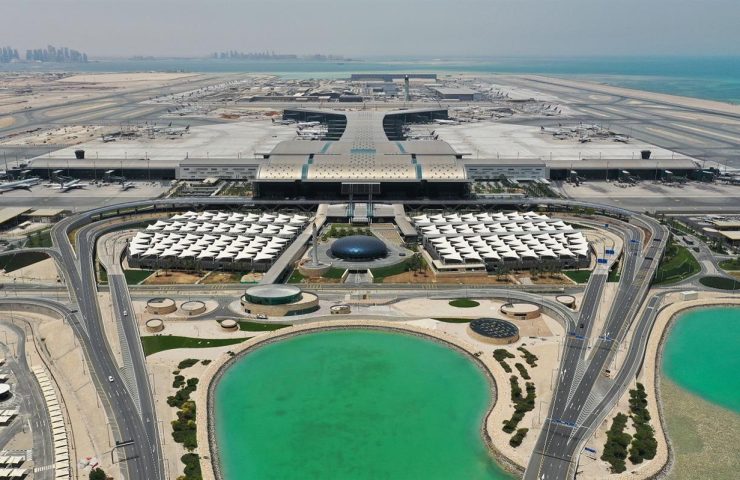 Doha International Airport continues to deliver excellent results. Despite the uncertainties that reign at the start of the year in the Persian Gulf, Doha should continue to assert its position in the region.

It finally took two years for Qatar to fully absorb the shock of the blockade by its neighbors – mainly Saudi Arabia, Bahrain, the United Arab Emirates and Egypt. A measure which had resulted in the total prohibition for airlines registered in Qatar – therefore essentially Qatar Airways – to serve or even fly over their respective countries.

Two years of effort and resilience that finally enabled Hamad International Airport in Doha, it was a little weaker than expected – the authorities were still counting on a 20% increase passenger traffic at the start of last year – but it remains remarkable in many respects. According to figures from the airport authorities, Hamad International Airport (HIA) welcomed 38.79 million travelers last year, an increase of 12.44% compared to last year.

Over 90% of Doha’s passenger traffic comes from Qatar Airways

A total of 28 airlines currently serve the hub, with the latest additions to Hamad International being Air India and Tarco Aviation. According to the authorities, 15 companies increased their frequencies or capacities last year, including Kuwait Airways, Philippine Airlines, Oman Air and Air India Express.

Qatar Airways has already announced that it will launch flights to Osaka, Dubrovnik and Santorini. Other destinations should soon be added with the entry into force of the Europe/Qatar open skies agreement which will allow the launch of routes on many secondary destinations in the EU, in particular with the new fleet of Airbus A321neo and A321LR (long-haul) whose delivery should begin this year for certain models. Qatar Airways recently announced that it expects 40 additional aircraft of all types in 2021.

The airport is therefore preparing for its new phase of expansion as traffic is expected to pass the 40 million mark this year. Phase A includes a new central interchange concourse that will connect Piers D and E and will increase the airport’s total capacity to 53 million passengers in 2022. Upon completion of Phase B, Doha Hamad International is expected to be able to handle 60 million passengers. The new structure will include, among other things, a tropical garden with waterfalls, 17,000 m² of additional shops and a new 9,000 m² lounge.