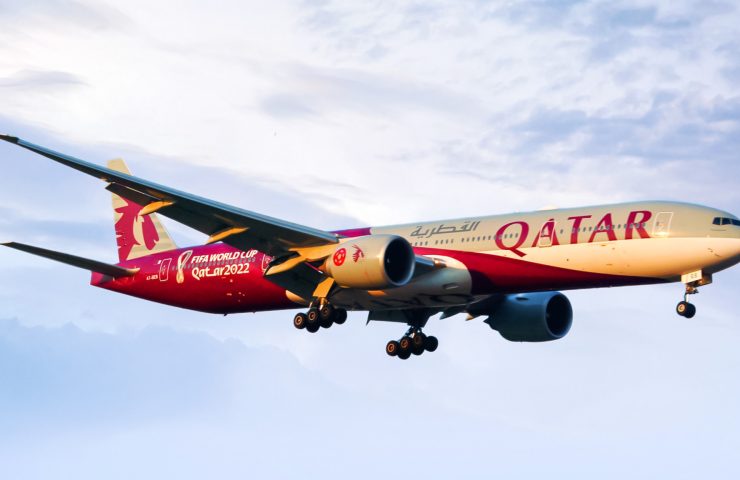 2022 FIFA World Cup: No direct flights between Mexico and Qatar

While waiting for the World Cup, journeys to fly to the Qatari capital will require at least one stopover.

We are just over six months away from the Qatar 2022 World Cup, with organizers eagerly awaiting the date to make the Arab world host to the biggest sporting event.

On this eve, the Qatar Embassy in Mexico, with Mohammed Alkuwari at the head of this diplomatic mission, launched various projects, including the Mexican Cup – Qatar 2022 which ended on March 5 in Mexico City.

With words in front of the teams that reached the final, the media and part of the body of the Qatar Embassy in Mexico, he expressed his love for the country and the honor of hosting the World Cup this year.

“The Qatari people, with their Arab essence, like the Mexican people, are very warm, we are very familiar and friendly, that’s something I love so much about Mexico,” Alkuwari said.

The dignitary could not hide the emotion of the visit of thousands of Mexican supporters to his country. “I am Qatari and I know that my compatriots will serve you as if they were at home, as you do with me,” said the head of Qatari diplomacy in Mexico.

“We are expecting 40,000 Mexicans there, buy their tickets, they will be surprised by what our country offers with its attractions, its modernity and its culture, things that our visitors will appreciate very much,” he said.

Given the doubtful ranking of the Mexican national team, the ambassador has his opinion, “Mexicans always take the time to stay, but they do, they give us emotion,” he jokes.

Not all flights lead to Qatar

However, although fans of the Mexican national team come in second place, only behind Argentina, among those who have already registered to go to Doha next winter, the intercontinental journey is not easy. , because it requires at least one stopover, either via Madrid or the major American metropolises, but can we expect a non-stop flight Mexico City – Doha?

“We are very interested in having a direct flight, but this airport (Benito Juárez) is very competitive and it is difficult to get a seat,” he said.

Faced with the options of an international airport with conditions to be the link from Mexico like Cancun, Alkuwari was clear: “Doha has the best airport in the world and Qatar Airways always seeks the best in each country, in this case Mexico City. City, Cancun is good, but according to the procedure, we won’t take it.”

With the upcoming opening of Felipe Angeles International Airport, the ambassador joked, and the possibility of Qatar Airways operating a direct flight from there to Hamad International Airport in Doha, “we want the airport in the capital, it’s no longer Mexico (referring to AIFA), it’s very far away, we don’t want that, ”he concluded.