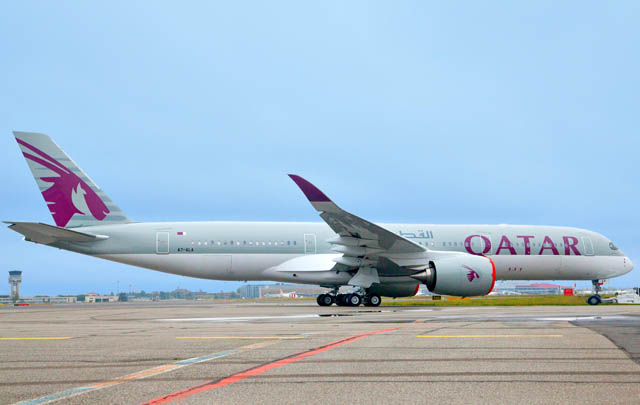 Qatar Airways: An incident occurs in the hold of his A350 plane

The airline Qatar Airways had to divert one of its flights operated by Airbus A350 to Pakistan following a fire alert in the hold, the examination of the plane once landed showing traces of burns and heat release.

The incident that took place last Monday occurred during flight QR579 of the Qatari national company between Delhi-Indira Gandhi airport and its base in Doha-Hamad International, with 283 passengers and 12 crew members. on board. The pilots of the A350-900 registered A7-ALZ (Oneworld livery), faced with a fire alarm in the hold, diverted to Karachi-Jinnan airport, about 300 km south of their trajectory. The Qatar Airways aircraft landed there 33 minutes later according to AVHerald, greeted by firefighters and other security services.

As passengers were being evacuated via moving stairs, the opening of the cargo door did indeed let out a cloud of smoke. A damaged container contained what looked like polishing discs, with some suspecting that devices using them and containing lithium-ion batteries were present in the shipment. But this has not been confirmed by official sources.

In a statement, the Civil Aviation Authority of Pakistan said: “The pilot requested to make an emergency landing, and the control tower and CAA staff responded immediately considering the nature of the problem “.

No passengers or crew were injured in the incident, and all continued on in another A350-900 (A7-ALK), arriving some 9 hours late in Doha. The plane affected by the fire left the next day for its base.

It goes without saying, but this incident has nothing to do with the legal saga between Qatar Airways and Airbus over the “painting” of the A350s. A first hearing at the High Court in London is expected at the end of April.