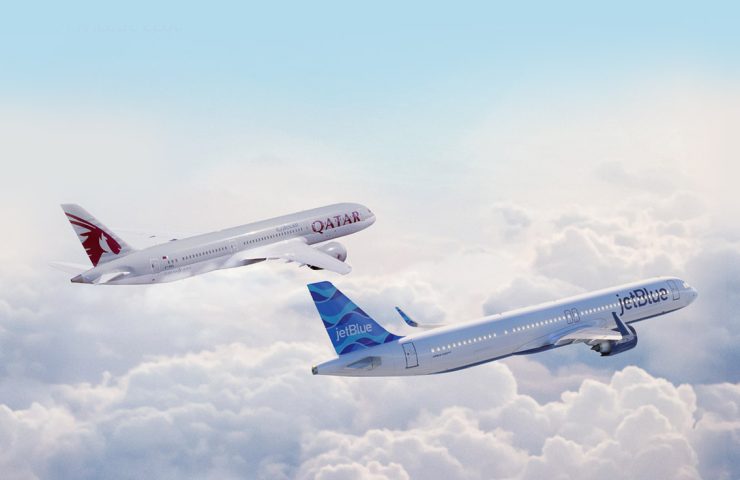 The partnership between Qatar Airways and JetBlue is strengthened with the creation of a new codeshare agreement between the two airline operators.

JetBlue is taking advantage of this partnership with the Qatari airline to serve several new international routes. Its network will be enriched with thirteen new Asian and African destinations, served from/to Doha-Hamad International Airport. In return, its partner Qatar Airways benefits from access to more than fifty destinations in the American company’s network, distributed in particular in countries in North America, Latin America and the Caribbean.